The lottery games that we explain and disclose the results on this website exist for more than giving players fun and a chance of becoming rich. Their proceeds tend to be distributed back to the community in the form of child support and for application in education, arts, sports, health, and other sectors. Also, there are so-called charity lotteries that do not collect profit and aim solely at giving back.

We reunited the most interesting facts and statistics of 2022 on the lotteries and their support to the community. Take some of your time to study our graphics and lists and understand how your game is redirected to helping other people.

Models of Child Support and Charity by Lotteries

Lotteries distribute the lottery proceeds aimed at good causes in different ways. It depends on the model with which that distribution has been set up, which can fall within one of the following four categories, as preconized by the ICNL:

Some of the countries dedicate their lottery proceedings to support several departments, such as sports, education, and health. Others are fully aimed at a specific area, such as The Health Lottery from the United Kingdom, which dedicates 20.3% of ticket proceeds to health cases.

The United Kingdom counts on social lottery, which are local organizations with games that come with smaller prizes. Among them, The Health Lottery and the People’s Postcode Lottery are the most popular ones.

It is the UK National Lottery that is the most recognized lottery in the country, and it also has the biggest distribution to good causes. It collects 28% of the proceeds and distributes the following way:

The most recent data indicates that the National Lottery already distributed over £45 billion according to the structure above. 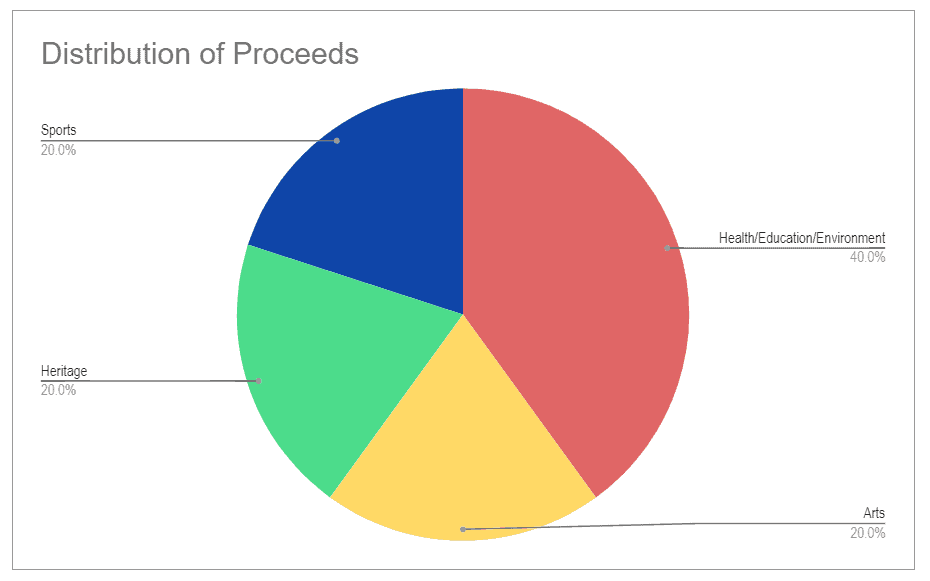 Each province that allows lotteries has its own understanding when it comes to the distribution of the local lottery proceeds. The Lottery Review Committee of each province determines where funds go:

The United States of America

The United States does not apply a single rule for lotteries across the country. Each state determines its own rules, from gambling age to how much is donated to charity or to support the community. However, multi-state games that are offered in many states and are even available for players worldwide on the best lottery sites apply a single rule:

Around 23% of the money from lottery sales represents the profit coming from it, and it is all returned to the community since the Gambling Act 2003. The lottery is run by the New Zealand Lotteries Commission. Similar to other countries, the variety of supported causes is huge and include:

The Lottery Act in Norway ensures, among other things, that profit from lottery proceeds is allocated to support good causes. Local charity lotteries donate around 40% of the proceeds to charities, including humanitarian, cultural, and other beneficial organizations. Since the re-regulation of the market in 2015, the following rules apply to charity lotteries in Norway:

The Lotteries Fund was created back in 1965 to finance social welfare services, and its main source of income is the Mark Six lottery game, but it also collects money from investment and auctions of vehicle registration numbers. The Fund received over $1.10 billion in the period 2020-21. The current allocation is distributed the following way: 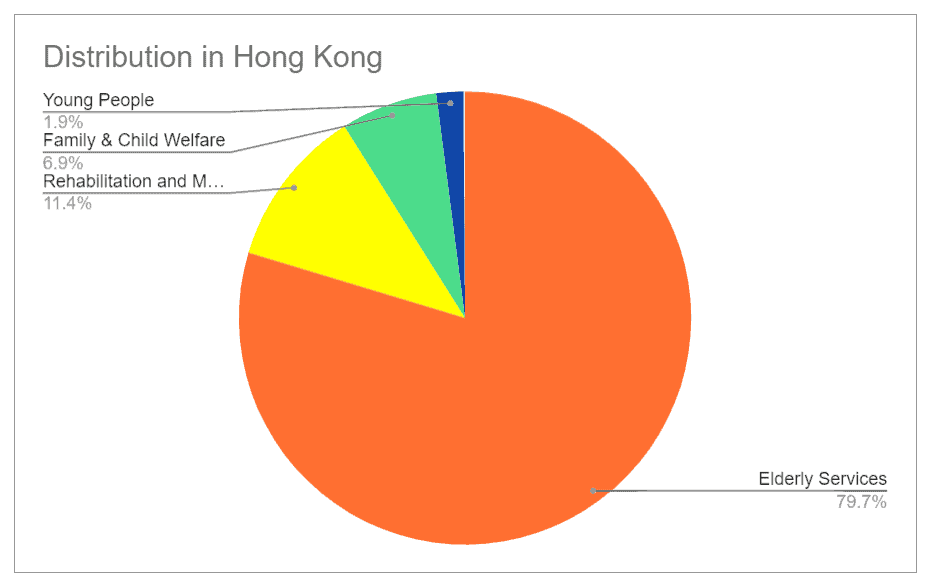 The national lottery of Israel, Mifal HaPais was founded in August 1951 to construct a hospital in Tel Aviv and other healthcare applications. It never ceased to contribute to the community and expanded its projects to the arts, recreation, and education as well.

According to the National Lotteries Commission of South Africa, after regulations published back in 2010, the Charities Distributing Agency of the South African lottery must allocate at least 50% of the money after the payment of prizes to organizations involved in:

The six vulnerable groups that can be considered for funding in South Africa are the following:

The European State Lotteries and Toto Association (European Lotteries, EL) is the umbrella organization for over 40 national lotteries in European countries. Some real examples of the application of the funds include those mentioned in its official website:

The countries that use the lotteries as a fundraising tool for charity tend to share some characteristics and differ from lotteries that collect profit. In accordance with the ICNL (International Center for Not-For-Profit Law), they are:

Lottery Winners Who Donated Their Winnings

Does Every Country Lottery Donate to Child Support or Charity?
As a general rule, lotteries are an additional source of income for governments. Therefore, at least a portion of the proceeds is directed to support the community, as taxes do, and it might include charitable organizations.
Is It Optional to Contribute when Purchasing Lottery Tickets?
No, the organization or government responsible for the lottery defines where the proceeds go.
Is It Ethical to Use Lotteries for Child Support and Charity?
That is an ongoing debate. For some people, lotteries are only a way to add optional taxes to the citizens. On the other hand, there are lucky winners, and a portion of the proceeds go to the benefit of the community. If donations were to be made without the games, the revenue would be only a small portion of what it is with them.
Were There Frauds in This Type of Scheme?
There are scams in everything that involves money, but playing games provided by licensed entities or national lotteries of countries with a long history is a safe option. 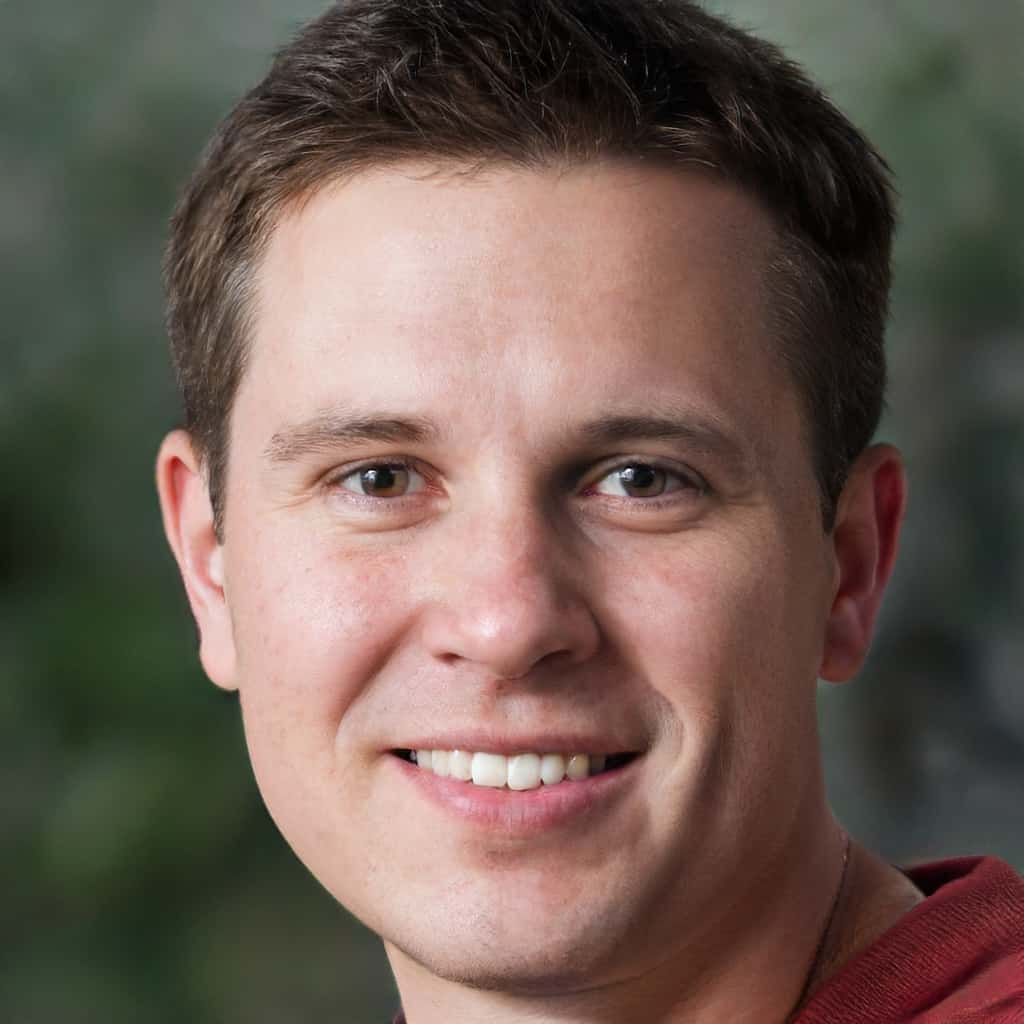 Daniel Wagner
With over 6 years of extensive experience in the gambling industry, Daniel is the jack-of-all-trades when it comes to lotteries and has himself played and won several lotteries in the past decade. After finishing his MBA from Teesside University, Daniel worked as an investment banker for 3 years, and later discovered his passion for lotteries and games that led him to establish his own company. He is a creative, intellectual, and self-motivated individual, serving anyone and everyone who is looking forward to playing lottery games online! Email me: Daniel@lotterytexts.com
🚨 Jackpot Alerts (FREE)

Disclaimer: LotteryTexts provides independent information about the world’s lotteries. It is not controlled by any third-party gambling operators. Our guides and reviews are intended to be informative and not as legal advice. Before playing in any of the lottery selections, readers should verify that they have met all applicable regulations.